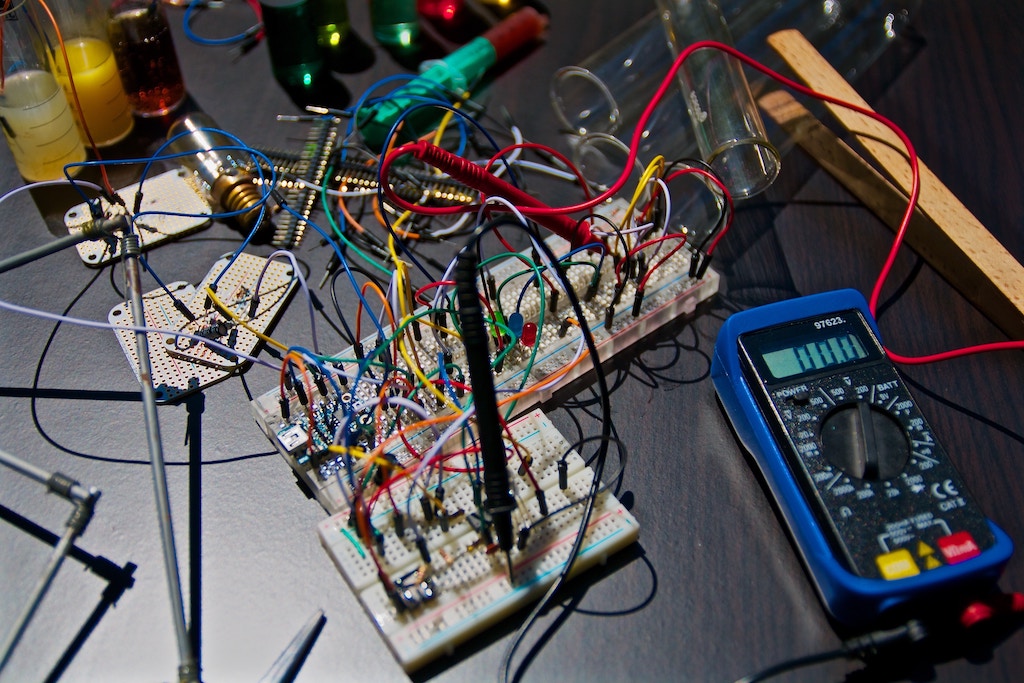 As children we are all naturally inquisitive; put my 2-year-old in a room with crayons and she will naturally figure out how they taste, what they are for, and most often what you should absolutely never do with them. When it comes to crayons, she is teaching us more about what we can and cannot leave around in her play area.

In my professional career, it’s been a continuing journey to learn as much as I can about new technologies, while also passing along as a servant-leader to teach others what I have learned. Each December/January, I find myself scouring the latest leadership books in hopes of finding the next needle-in-the-haystack which will give an advantage to me and my team. I know I’m getting close to the right amount of audiobook time when the kids refuse to have me pick them up from their activities listening to Gary V, Rand Fishkin, or other thought leaders.

I told myself 2019 is going to be different.

I’ve started this blog as a way of sharing some of the greatest lessons I’ve learned in a twenty-year software development career and forty years since tasting the latest offerings from Crayola in my play area. The desire to learn is the same, the toys have just gotten a lot more interesting. I’ve been fortunate enough to receive lots of great feedback and worked with many amazing mentors, collecting a vast amount of useful information that it would be unfair not to give back.

James “Jim” Cornell, my high school electronics lab teacher, was easily of retirement age already when I showed up to his class as a wide-eyed freshman with thick glasses, pale skin from days and nights spent indoors staring at screens, and acne appropriate for a nerd of my caliber. When I first met him, I was with my friend Jason and we were trying to get into his coveted PC-based lab and out of our keyboarding course. He asked us to show him what we already knew. We sat down at two of the x86 computer lab machines and started coding in QBASIC some graphical screen savers used to protect the CRT monitors of the day.

After just a few minutes of proving we needed no help in our 10-key-touch keyboarding ability, we compiled and ran our multi-color VGA screen savers in unison. Points, lines circles plotted and bounced across the screen like -swimmers guided along by the limited algebra we knew at the time in restrained arcs.

Mr. Cornell then said something I will never forget. He said “Well I have good news and bad news for you. The good news is that I run the electronics lab and you guys can spend as much time here as you want. The bad news is I can’t teach you anything beyond what you just showed me.” The part of his statement wasn’t actually true, but his teaching style would be very different than rote memorization, chapter tests, and structured lectures.

For the next three years, I made several friends and learned countless things from Mr. Cornell both about technology and life. He took me out to see his ultralight experimental airplane and watch planes take off from the local airport. He took me on a charter flight he was piloting one evening across the state just to see the world from above. He would introduce me to HAM radios, Satellites, AC/DC circuits, and electrical theory. Just keeping my eyes open during these experiences offered me the opportunity to achieve and learn more about them – such as getting HAM radio license, my pilots’ license, and continuously tinkering with gadgets for years to come.

It was in HAM radio that I first connected a computer to a physical system in the real-world when I replaced the aging repeater controller with a custom made 386 PC based system – loading my code on a 360K 5.25″ floppy and soldering an interface cable to the computer’s LPT port. I would discover hours later my first major “bug” in that same system – what I would eventually call my first real computer program.

He also showed amazing grace many semesters later when I blew up his electronics lab. I learned why a non-rechargeable lithium battery is in-fact non-rechargeable, filling his lab with toxic smoke one late afternoon. The force of the blast was mostly absorbed by the magnifying light above it, though a ring of black ashy bits radiated out from it. He got a good laugh and story out of it. I got a little light headed and a lesson in battery chemistry.

It was from James Cornell that I attribute my teachable spirit. Mr. Cornell had a simple reply whenever we would ask him for a simple answer to a question. We would ask “What is the resistor value in ohms for green-green-blue” or similar, and he would reply something along the lines of “Where would you look?”

This was in the days before Wikipedia, YouTube and coincidentally the same year the world-wide-web was invented. Finding answers to questions then was a lot harder than asking Alexa, Siri, or a host of other bots we rely on each day. A “WiFi” was still a cute pet name for someone’s spouse and was something that landed rolled up on your front door or came on sharply at and possibly again late at night before bed.

These days when we speak down about millennials and their lack of perceived fortitude – I think what we are missing is the great opportunities available to get their questions answered with little effort. If something is easy to obtain it is often perceived as less valuable – we pay nothing for YouTube tutorials. Why do we have to learn and remember a skill when we can back up, pause, and rewind it whenever we need a mini-lesson?

My 15-year-old groans impatiently when I want to show him how to use a sliding compound miter saw and apparently would much rather lose a finger or two for expedience sake. Call me old fashioned. When he asks for homework help with chemistry, French or many other subjects (that are not my forte,) I’m amazed at the multitude of resources available to him that he steps right over.

Tonight, my 11 year old asked what I want our youngest to be: a nerd, or into sports. I responded after thinking for a second or two – all I want for him is to learn “a teachable spirit.”

P.S. Thank you Mr. Cornell for you have given me that which both the nerd and the sports star need to begin at anything – a teachable spirit and the ability to find answers.